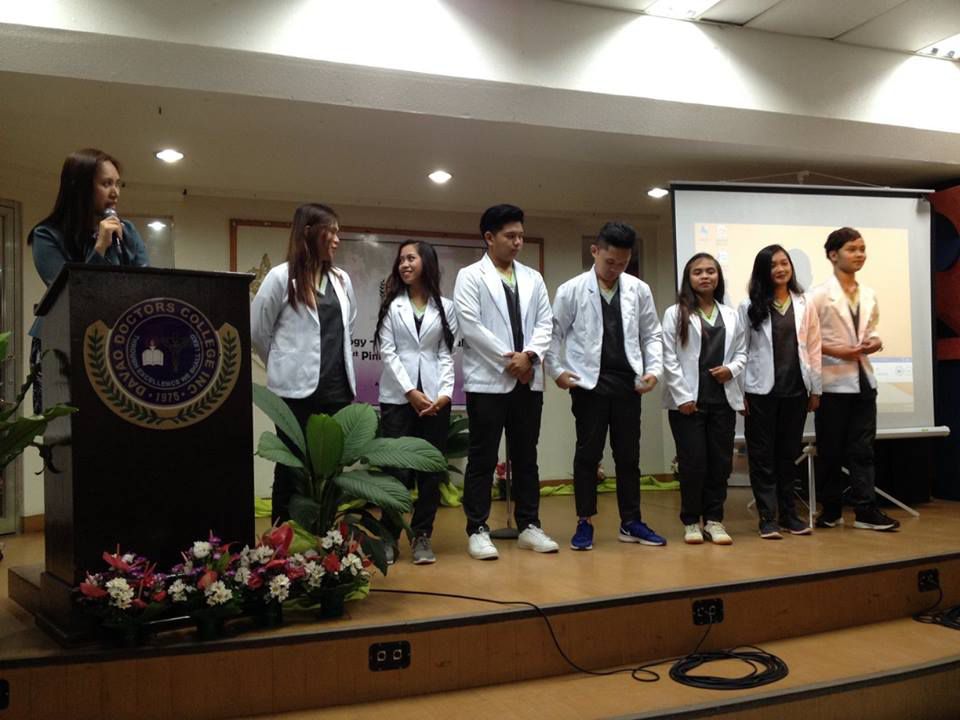 The Davao Doctors College Biology Department achieved another milestone as the students of BS Biology major in Medicinal Horticulture made it to their Summer Internship Program 2017. The Internship Program commences with a Pinning Ceremony that was conducted last April 17, 2017 at the DDC Audio Visual Room. The Pinning Ceremony was such a significant event for the department because the 11 interns was the first batch to enter this program. The interns were set to have their hands on training in different institutions in Davao City that has the capacity to have the interns practice the principles and concepts of Horticulture and Plant science that they have acquired during their first to third year in this program. 4 of them were assigned to have their duty at the Philippine Coconut Authority, 5 were deployed to the University of Philippines, and the last 2 were set to report at the SUL Orchids Plantation in Tugbok , Davao City. The Interns were tasked to comply 150 duty hours with their respective host institution. The Internship Program runs for about a month and a half from April to May 2017. On the other hand, the students of BS Biology have shown their dedication to the department as well as their desire to have their skills be enhanced by submitting themselves to have their training at the different offices Department of Agriculture.